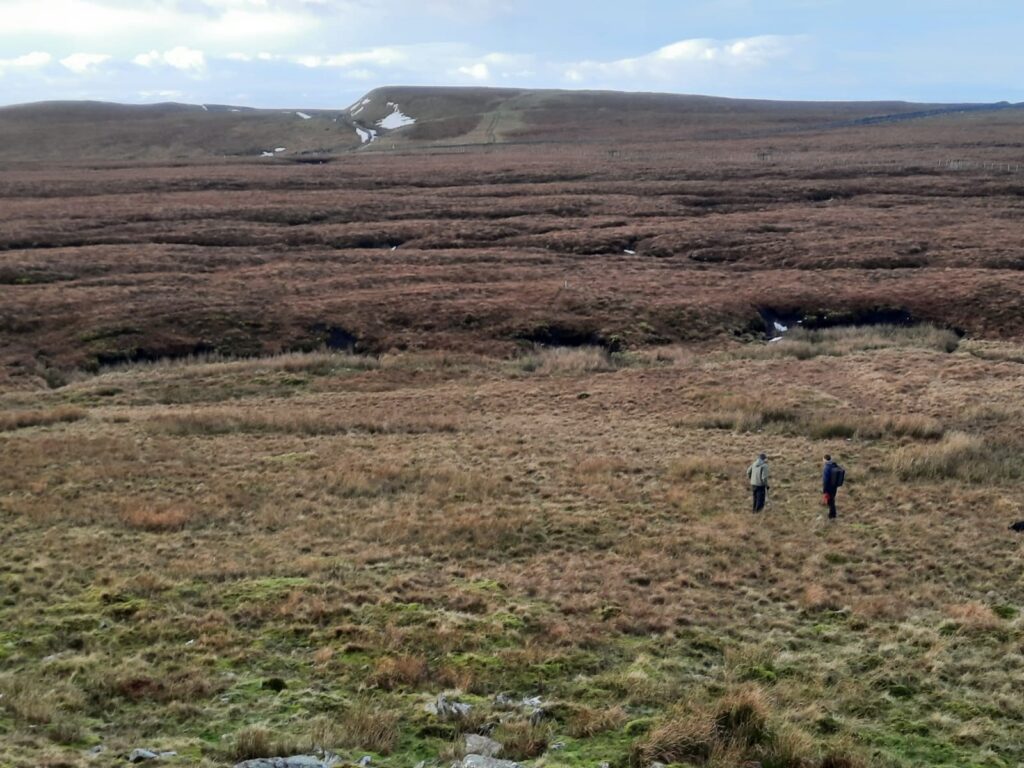 With the effects of climate change in evidence again, the ferry crossing was repeatedly delayed due to Storm Barra. However the storm proved no match for our resolve as we eventually sailed across the Irish Sea and into Holyhead over 24 hours after we were originally scheduled to arrive.

The next stage of the trip involved the drive through some of the UK’s most breathtaking scenery, with plenty of peatland on display, starting with the backdrop of the Snowdonia Mountains in north Wales. Exiting Wales we hung a left due north as far as the south of the Lake District before turning due east across the Pennines.

Four hours later or thereabouts we finally got to meet with our like-minded colleagues and bog restoration friends of the North Pennines Area of Outstanding Natural Beauty (AONB) located in their office at Bishop Auckland.

There the team gave us an inspiring presentation on their outstanding work restoring nearly 2000 square kilometres of north Pennines blanket bog. It being day’s end this was followed by a well-earned meal. 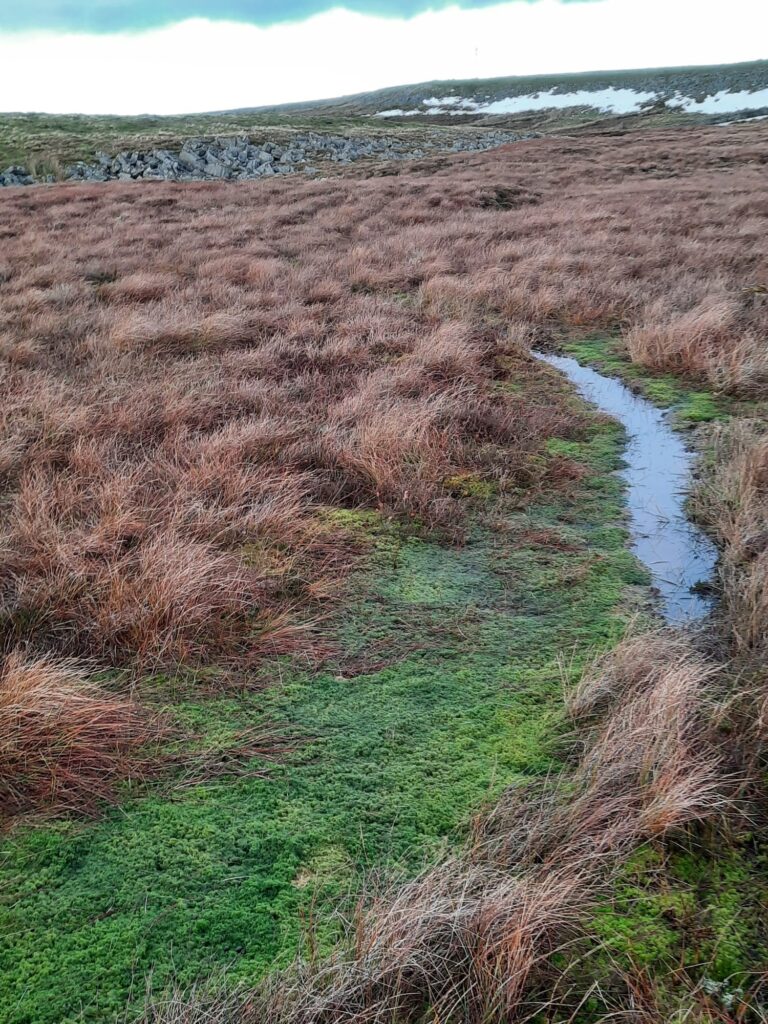 The hands-on work began first thing the following morning as we drove across the Durham border into Cumbria and the hills above Stainmore where we zoned in on a badly damaged area of bog. Most of this area of the Pennines is managed for the red grouse shoot and the damage typically starts when a fire set to create a fresh growth of heather for the grouse burns into the peat opening it up to the elements. The harsh weather then does the rest eroding the bog and expanding the area of damage until it extends across huge areas of the moors.

In the capable hands of Alistair, Mike and Bramble we learned all about drone flying and how to use the image mapping and surveying software to plot up a restoration plan for the brown moonscape that we were looking down on. This could be leaking as much as 24 tonnes of carbon dioxide per hectare annually.

Half a day later as the sun sank behind the hills we had completed a detailed map back to health for over 10 hectares of this highly damaged landscape.

Back home these same technologies will speed up GRI’s survey work greatly, helping us on our journey with landowners towards full restoration of all our bogs to an active healthy growing and carbon sequestering state. 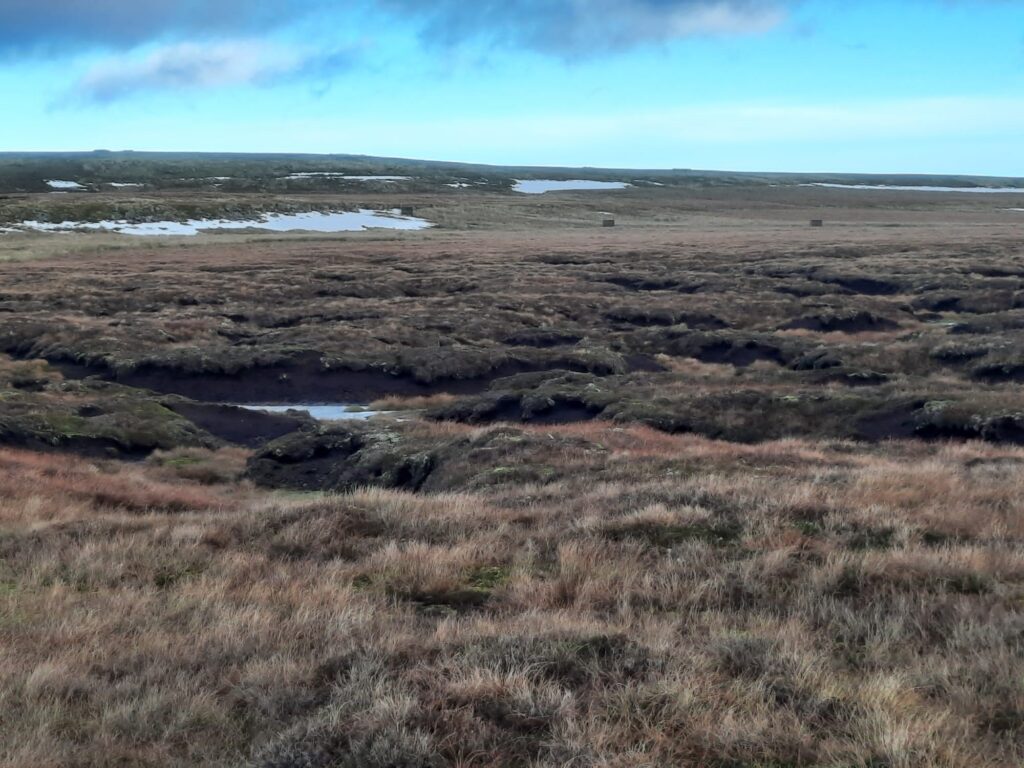 The blanket bogs stretched as far as the eye could see and beyond. Walking on bog is good exercise at the best of times but with the unnatural haggs and gullies it was tougher going still. Hopefully in a few years time the restoration plan will have made this an easier stroll.

Luckily, we didn’t have to walk every inch of it as thanks to the drone we had rapid ‘all-areas’ access – THANKS to man’s newest best friend –

The dogs in the street know bog restoration is the right thing to do – and Bramble leads the way. 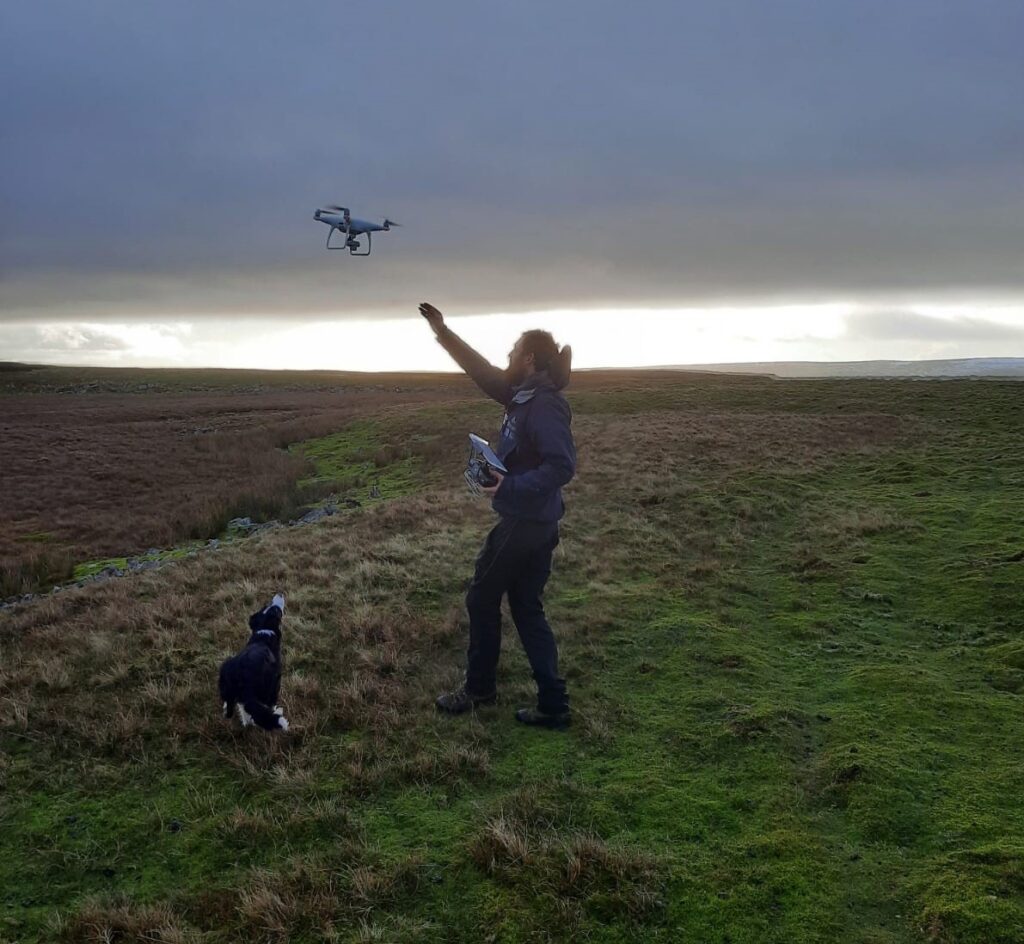 If you’d like to read more about our bog restoration work we have details of two of our current projects here – Mayo Bogs Project and the Farm Carbon EIP.